Home » Blog » song arrangement » How to arrange a song for fingerstyle guitar or dobro? 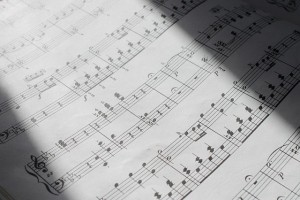